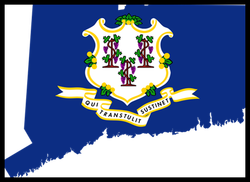 The State of Connecticut towns has some pretty unusual laws.

For example, the town of Southington has banned the use of Silly String because in the 1990’s a group of kids went up to a police officer and sprayed him with Silly String.

In the town of Guilford, only white lights can be hung for Christmas.

In the town of Meriden, the use of a bean whistle is prohibited; a person who is not a member of the Police Department is not allowed to use the bean whistle.

In the town of Hartford, people are not allowed to walk across the street on their hands. They may not educate their dog. It's illegal for a man to kiss his wife on Sunday.

In the town of Devon, it is unlawful to walk backwards when the sun sets.

In the city of New Britain, it is illegal for a fire truck to go faster than 25 miles per hour to get to an emergency call.

In the city of Waterbury, it's illegal for a beautician to whistle and sing while working with a customer.

In the town of Rocky Hill, an arcade is only allowed to have a total of four arcade machines such as ping pong tables, pinball machine, and shuffleboard, at any time.

These are some pretty out-of-the-ordinary laws of Connecticut to know about.

Visit the website www.dumblaws.com/laws/united-states/connecticut for more information on funny laws. 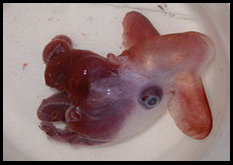 Leafy Seadragons  The Leafy Sea Dragon is a  animal that has an appearance similar to a piece of seaweed moving about in the water. Like seahorses the male sea dragon carries the eggs instead of the female. The male can carry as many as 150-200 eggs. This creature can be found around Australia and have been a protected animal of South Australia since 1982.

Tapir  Tapirs are large stocky animals that have similar appearance to the American pig. Their snout droops down and they can be found in jungle and forested areas in South America, Central America, and Southeast Asia. The four species of Tapir are all endangered.

Sucker-footed Bat  The Sucker-footed bat can be found in Madagascar. It has small suction cup areas on its wrist and ankles which can attach to a smooth surface. Although it is not the suction cups that hold the bat in place, it is a type of wet adhesion.

Axolotl  The Axolotl is a salamander type species. When young they are unable to go through metamorphosis so they keep their gills and stay aquatic. They are originally from a lake in Mexico City although they are often kept as pets in the United States, Great Britain, Australia, and Japan.

Dumbo Octopus  The Dumbo Octopus, named for its ear-like fins coming from the top of their body, live in the depths of the ocean and are some of the rarest octopods in the world. They prey upon crustaceans.  Males and females have different sized suction cups.